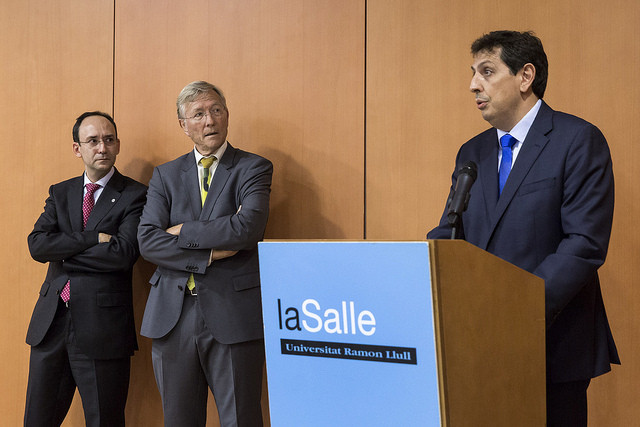 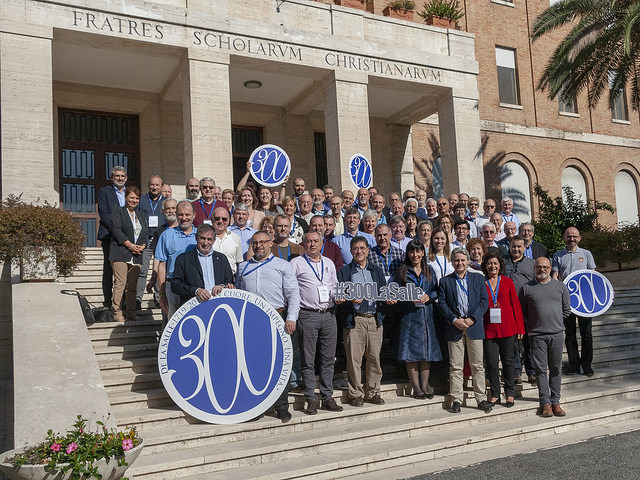 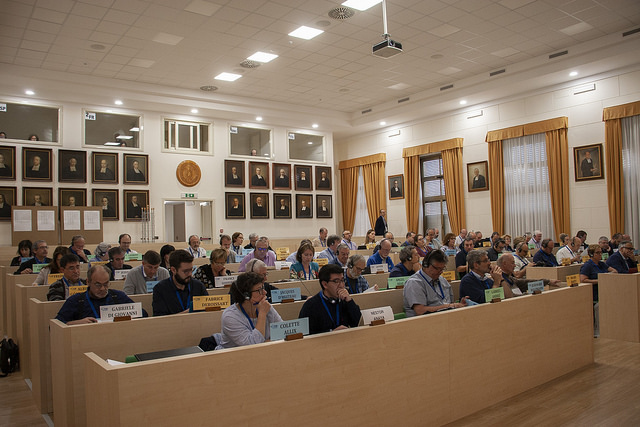 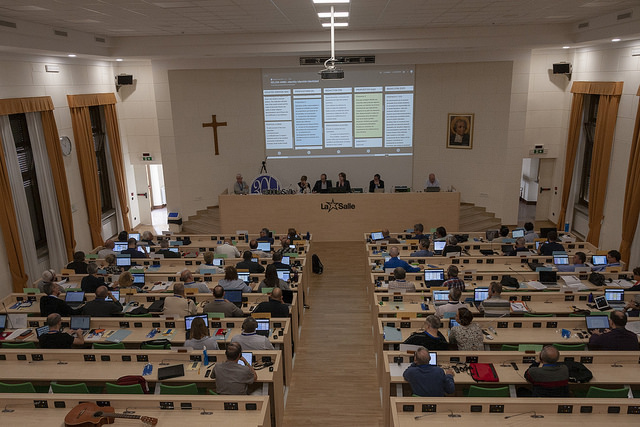 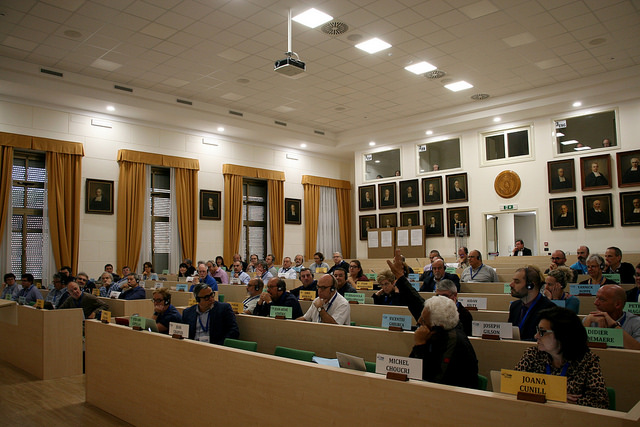 Yesterday, the first Lasallian Educational Mission (MEL) Assembly of the RELEM Region was inaugurated at the Motherhouse in Rome. The delegates were welcomed by the Director General of the Motherhouse, by the Vicar General and by the Regional Councellor for RELEM.
There were seventy participants, coming from different Districts and Delegations of the Region meeting in Rome. 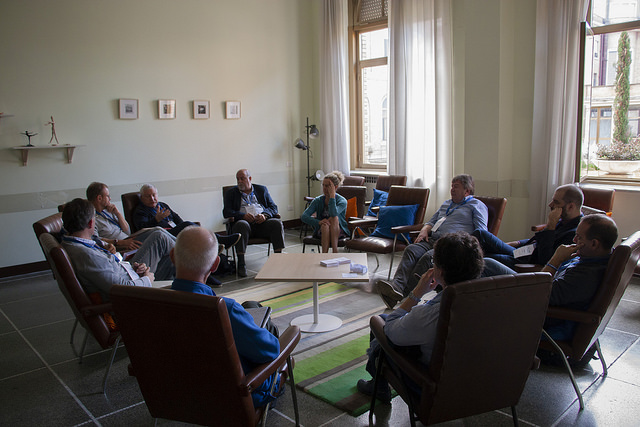 These delegates gathered to reflect together on how to promote better networking and to animate the mission into the future together.
This Lasallian Educational Mission (MEL) evolves directly from the spiritual heritage of St. John Baptist De La Salle who taught us to “touch hearts” and that call us unceasingly to dare.
Placing Association at the heart of the educational project, our Founder invites us to lead in “collaboration”, to work together in order to overcome personal deficiencies.
The Region is developing. In the space of ten years, the Region has known innumerable changes and profound re-structuring. Without doubt, the Region will continue to develop.
In the meantime, this Region has specific gifts and challenges. People speak 20 languages in the 23 different countries where the Region is situated. Twenty three different cultural, social, economic and political realities.
This diversity is also the basis for the energy experienced here.
Nevertheless, the Region is still being called to:
– Preserve the Lasallian identity of our establishments
– Ensure Formation on the heritage and Lasallian ethos
– Define the structures for the organisation of the Lasallian Mission

On this first day it was opportune to pose the Lasallian identity question in the Region through the 7 propositions which were discussed in groups prior to changes in order to enrich the final document.
The 9 Districts and Delegations underlined the quality of work preparation. This is attested by the witness and enthousiasm reflected in the thinking and the initiatives which will be undertaken by this new AMEL. 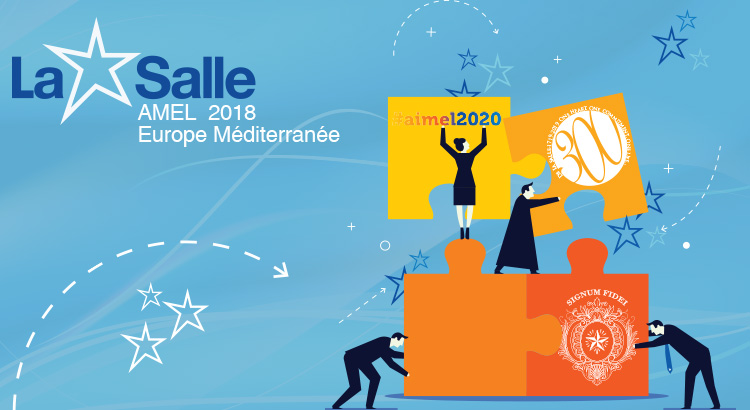