The 2016 RELEM Visitors’ Conference took place at the Maison La Salle, in Rue de Sèvres, Paris, from Monday April 25 th to April 29 th . The Conference was hosted by the Brother Jean-Paul Aleth (Visitor) and the District of France and was presided over byBrother Aidan Kilty, the General Councillor with responsibility for RELEM. 23 Visitors, Auxiliary Visitors and Delegates attended the Conference from the 8 Districts and Delegation of the Region of RELEM. 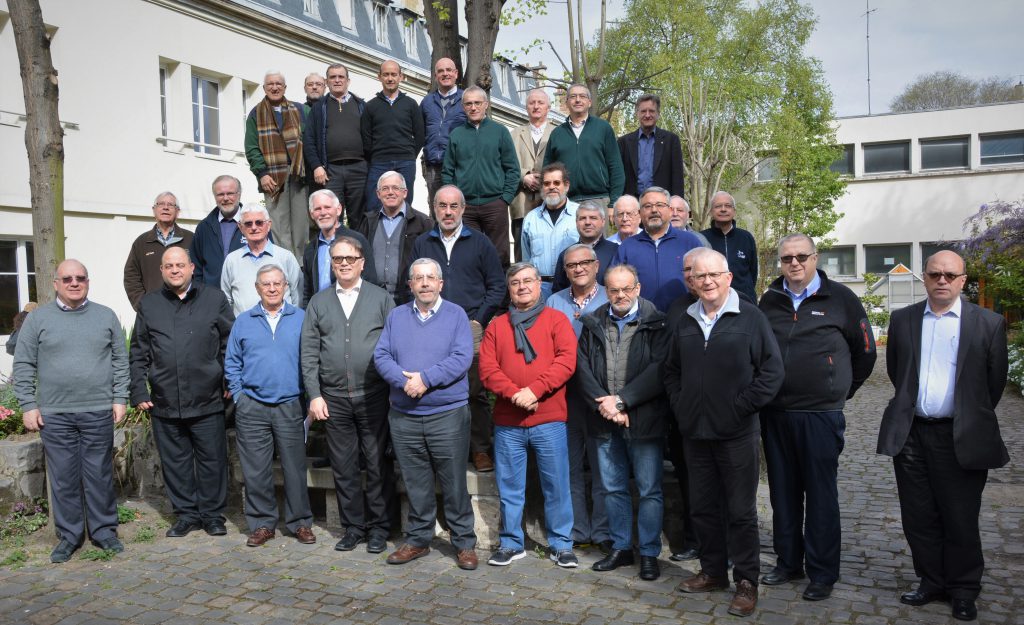 The opening days of the Conference were devoted to a reflection on the future restructuring of the Region in the context of the changing demography of the Districts and the need to ensure the sustainability of the Lasallian mission in the Region into the future. This part of the Conference was facilitated by Brother André-Pierre, former Auxiliary Visitor of France, and after much reflection and discussion the Conference put in place the mechanics for a Regional MEL Council with a key responsibility fo organising the first Regional MEL Assembly. The Conference also decided to change the composition of the Regional Council by reconstituting it as the Council of the Titular Visitors with the aim of collaborating and reflecting on crucial Regional issues with the General Councillor for the Region.

Following the opening days of reflection, the Conference then addressed its normal business such as attending to the financing of the Regional structures, including the Regional Novitiate in Madrid, and receiving the reports of the various groups or councils working on behalf of the Region – such as MEL, Assedil, NGOs, Universities, the Administrative Council of the Novitiate, and the Young Lasallian Council. The French representative on the RELEM Young Lasallian Council, Bérengère Pichelin, presented this latter report. The financial challenges of the international Institute were presented to the Conference through a video link by the Institute Bursar, Brother Ambrose Payne. The Conference also had the opportunity to discuss future plans for the Lasallian centre in Parmenie and through a presentation entitled “Project Adrian Nyel” the Conference explored the Regional response to the 45 th General Chapter’s propositions with regard to the creation of international communities for vocational discernment in areas of social deprivation. One of the final sessions of the Conference explored the responses of the international Institute and the different Districts of RELEM to the on-going migratory and refugee problems affecting many parts of the Region particularly in the Middle East.

Thanks to the hospitality of the District of France, the participants of the Conference enjoyed a recreational afternoon and evening taking in some of the sights of Paris on a cruise along the River Seine followed by a celebratory meal hosted by a Parisian Lasallian family.