The first meeting of the term saw almost a hundred people in the New Benildus Hall to listen to Michael Lane, who was elected as Hampshire’s Police and Crime Commissioner last May. He explained his role, which includes holding the Chief Constable to account, setting a budget for policing in the county and devising a plan to control crime and disorder.

All of this currently has to be done in the context of a tight financial allocation. 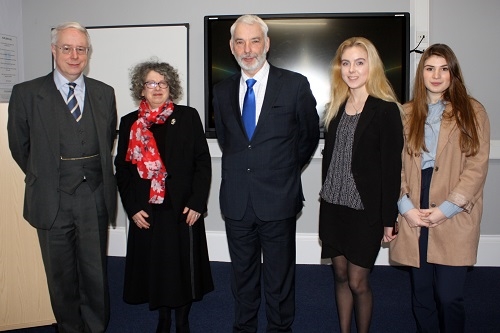 Nonetheless Michael emphasised his determination to find new ways of keeping people safe within these constraints – for example, replacing police stations with more flexible police response teams. He was supported by representatives of the Portsmouth police and Neighbourhood Watch, who also contributed to the debate.